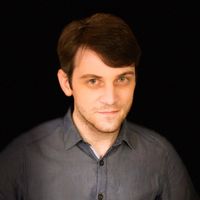 Although I am quite happy with my workplace, as I already mentioned several times, I still want to be sincere and to show both sides of the coin. As a GMA (Global Market Access) researcher at Intertek and certification specialist, I am dealing with a high amount of information every day, hundreds of pages of standards and legislations in different languages which I must read, understand, and take out relevant parts for the certification process of different kind of electronics. It sounds boring, doesn’t it? Well, yes, not many can do this, but I always think about the results, increasing the safety of the products in different countries around the world and always learning about the latest technologies on the market.

Now, there are ways in which I greatly increase my working conditions and in a very effective way too. And everything is relaying on a nice organization of playlists on YouTube (yes, I know, I am quite happy to have the permission of my superiors to use it). But I am also convinced that without my headphones and my playlists, I could not cope for long with the kind of boring, serious, demanding job I am doing, reading laws, writing reports, assuming responsibility and keeping myself content. Without a little bit of sense of humor, fun, or excitement, this job can absorb every drop of one’s energy and good mood, leaving behind a true zombie. It still happens, sometimes, in tough days, to go home wrecked after work: with blurry eyesight, headaches, loss of appetite and even being irascible.

All these can be ameliorated or avoided if we have a minimum sense of humor and a constant source of excitement / stimulation. Below I will show how I do it, with examples and links too (tastes might differ here).

The typewriter scenes – many proofs of a timeless humor

Our sense of humor and our preference for types of humor are influenced by many factors, among which our personality, our environment, and our everyday routine. For example, as I mentioned in the introduction, my job involves writing reports. As I like historical videos and I am enjoying orchestra music, it was just a matter of time to discover "The Typewriter", a song which features an actual typewriter as a percussion instrument, composed by Leroy Anderson in the 1950s. The created music is not only a masterpiece but also relates to so many of us, which are working in the offices. The typewriter scenes are also easily adaptable to comic situations. Since the release of the song, there were many adoptions and it was featured in many movies, orchestras, and stage plays, demonstrating how much people are related to this music and how many meanings it has. It is amazing how the typewriter, in the middle of an orchestra, without any words, can make the audience laugh. This shows clearly that the imagination of the audience is ignited by the numerous meanings of the typing rhythm combined with the sound of different instruments, for example, imagining an angry challenged secretary, following a quick dictation, or an uninspired and stressed writer which has a sudden idea, a clerk in the courtroom, a civil servant, or the predominant sound inside a bank, a ministry, or a police station, all with their specific environments. Many feelings and meanings can be attached to these typewriter songs and scenes and this fact is proven by the large number of adaptations in different cultural products, all around the world.

Below I will show some examples from YouTube with the typewriter in orchestras, movie trailers or comedy scenes, but also historical materials. To check all these videos, you can simply click on the screenshots below, or on the blue underlined text, containing hyperlinks:

1. "The Typewriter song" by Leroy Anderson in a Jerry Lewis film, on a January 1954 episode of The Colgate Comedy Hour: 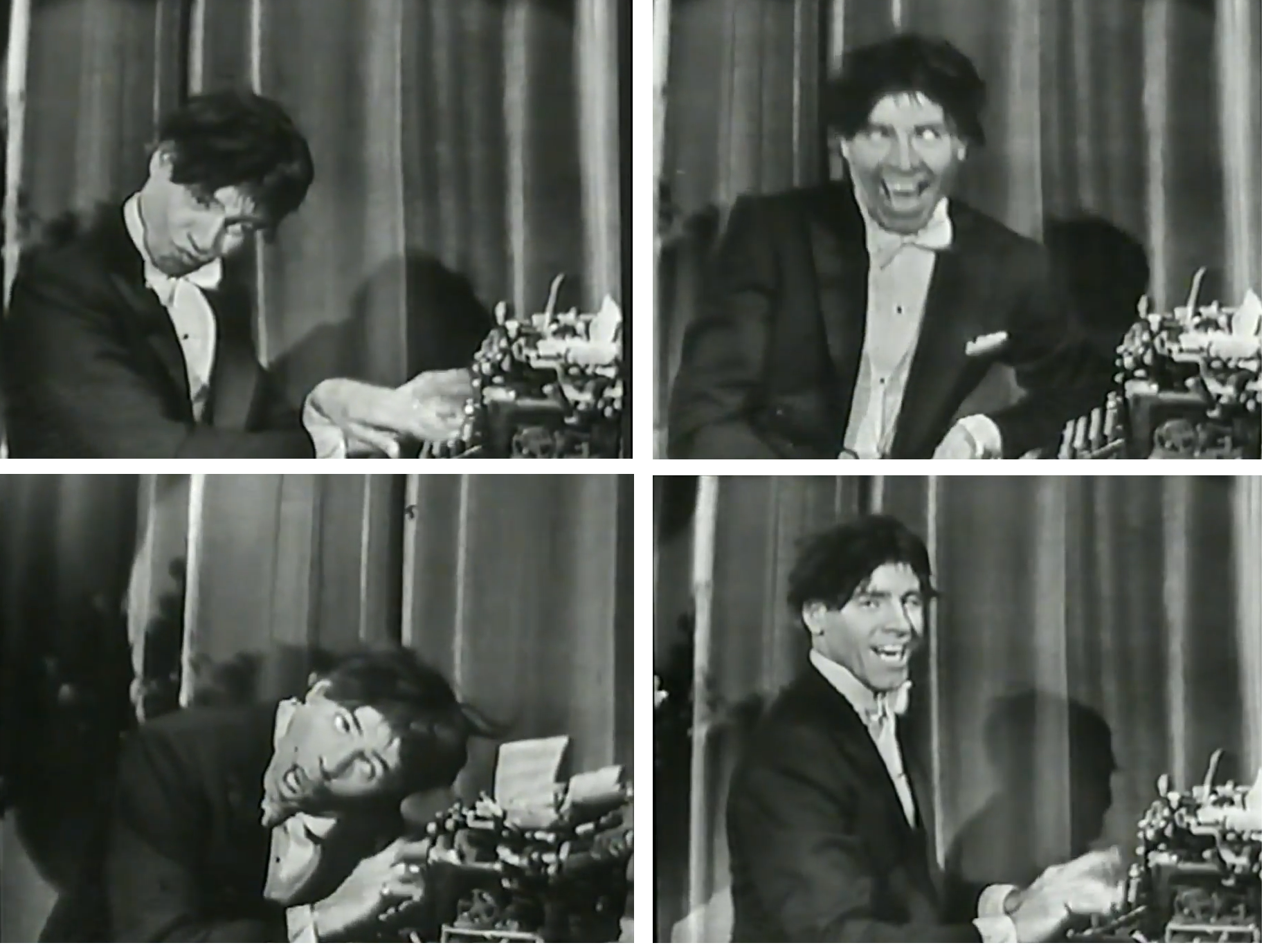 3.  "The Typewriter song" at the Christmas Concert of the Kranj (Slovenia) Music School Symphony Orchestra, conducted by Tomaž Kukovič, December 2013. 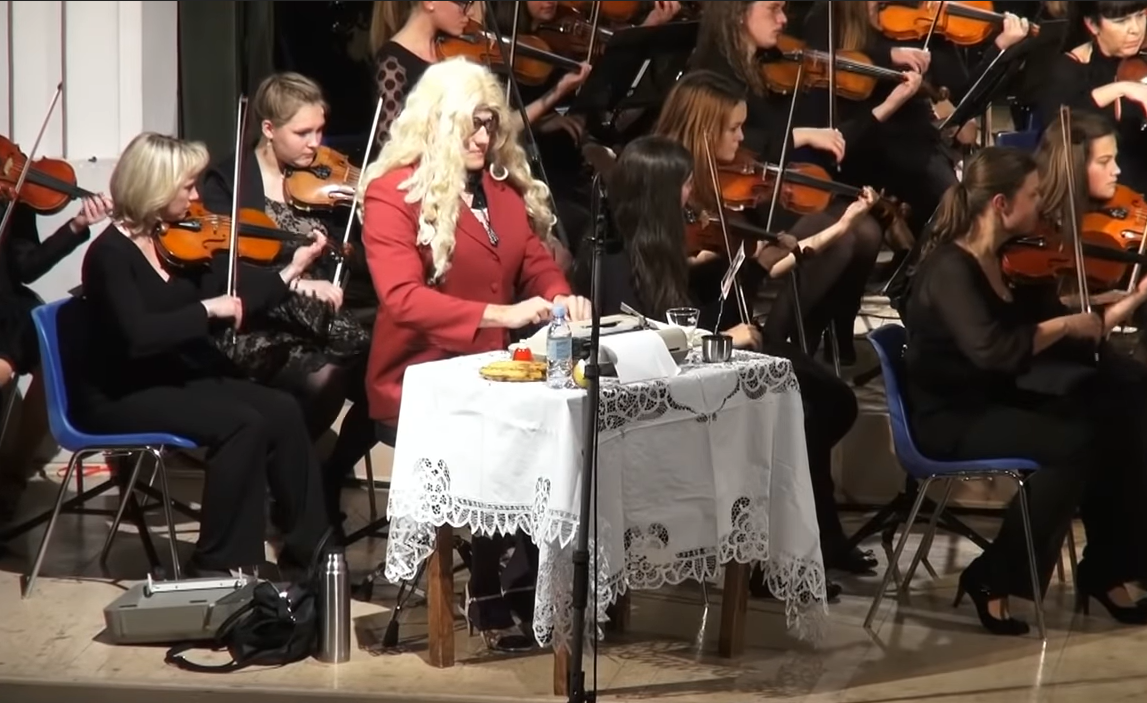 4. "The Typewriter song" at the Percussion Ensemble Concert of the University of Moncton Department of Music in Kyoto (Japan), February 27, 2016, an amazing performance with the xylophone: 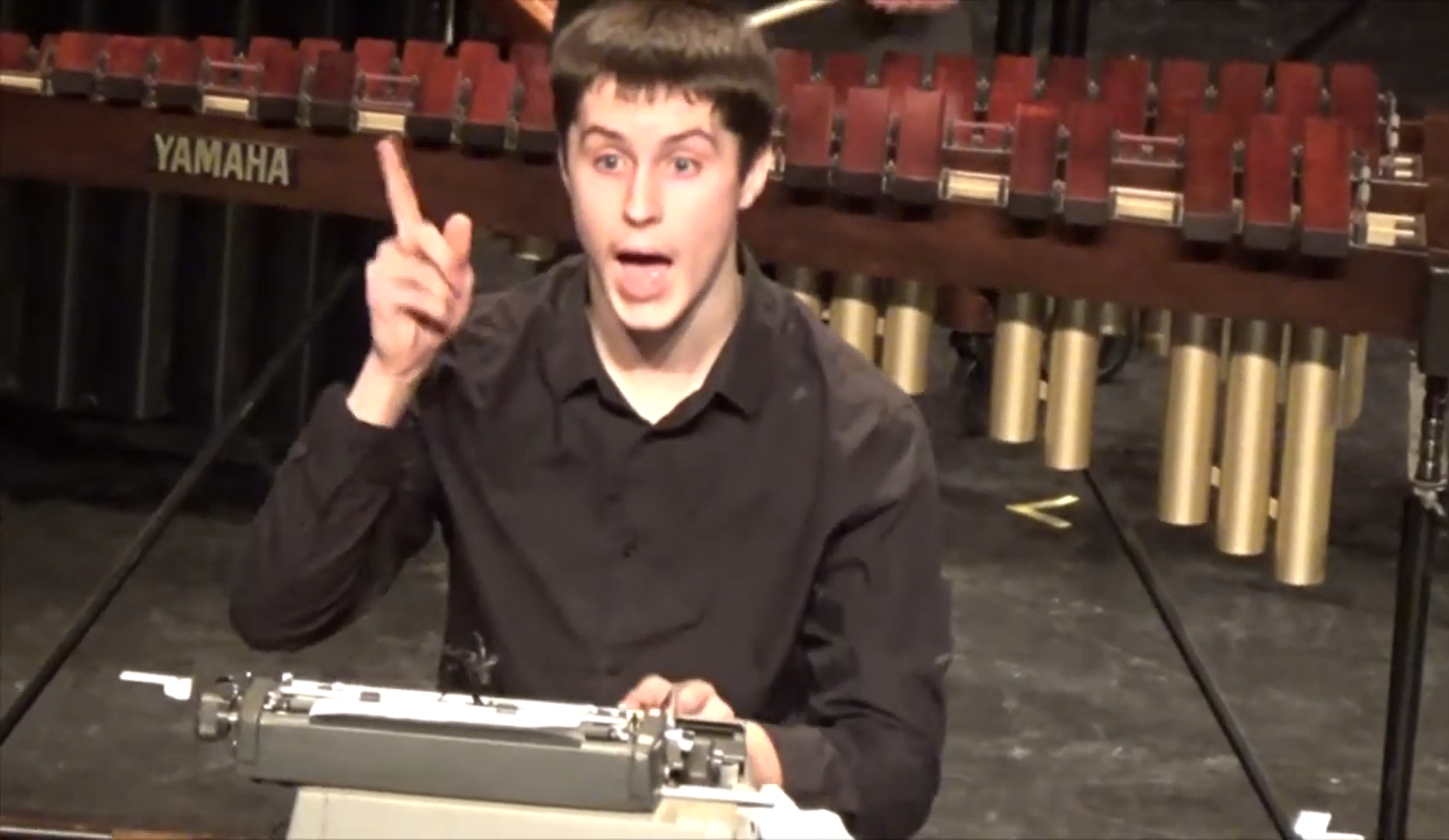 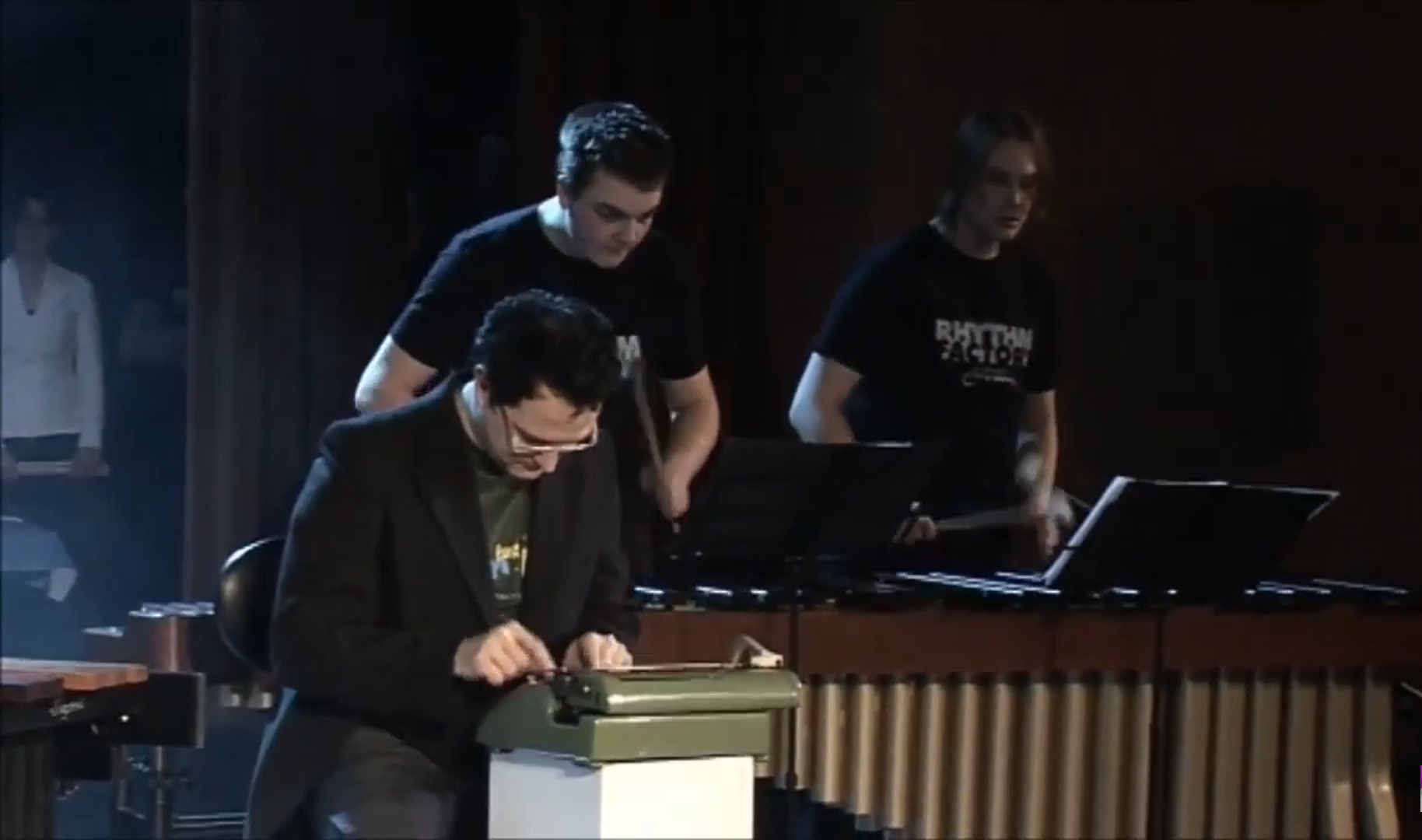 6. "The Typewriter song" by Chris Gregg, Tufts University Computer Science Department, played with a combination of a 1960s Smith Corona electric typewriter, custom PCB, Arduino, and a Macintosh computer (how engineers would do it): 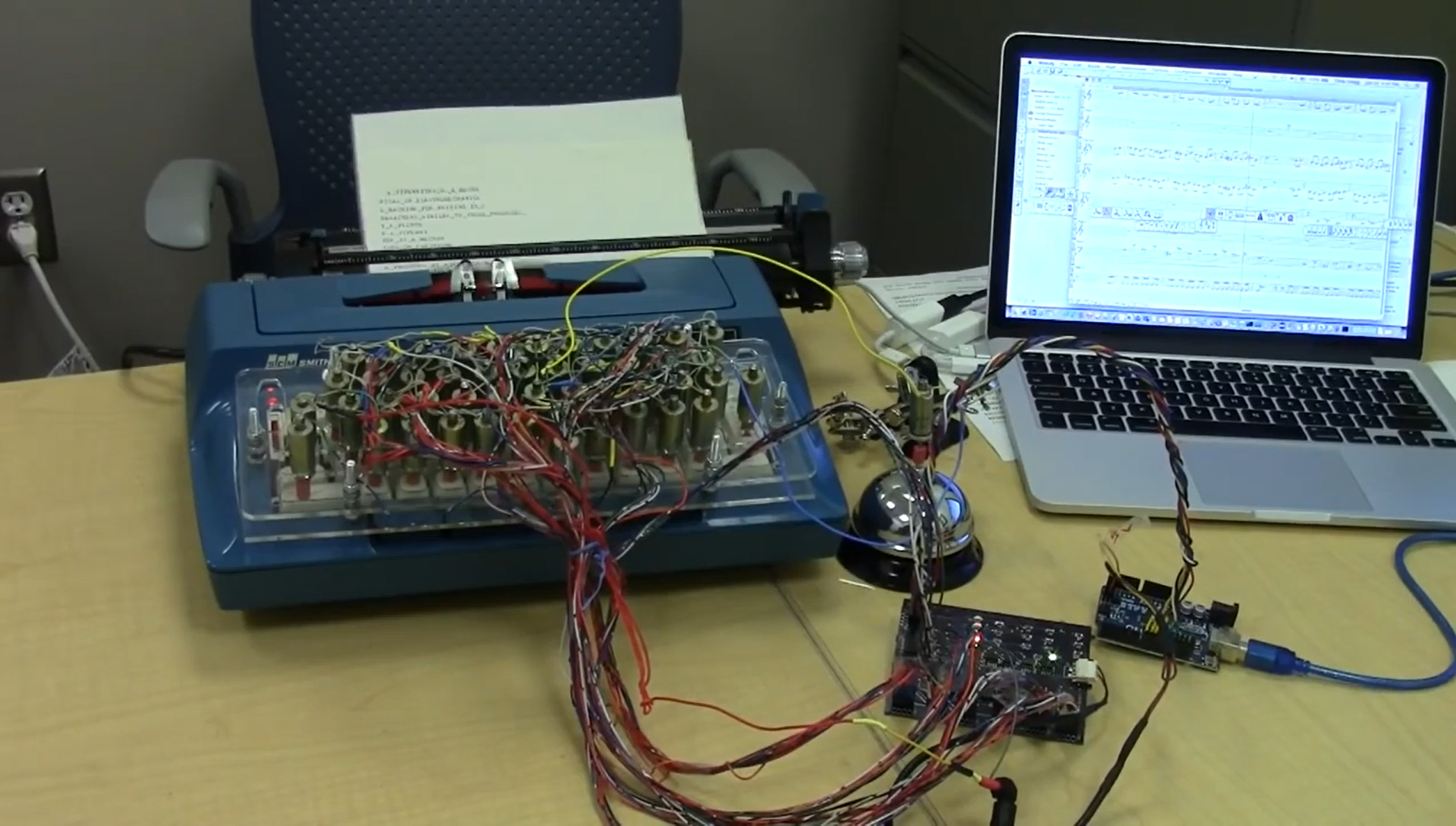 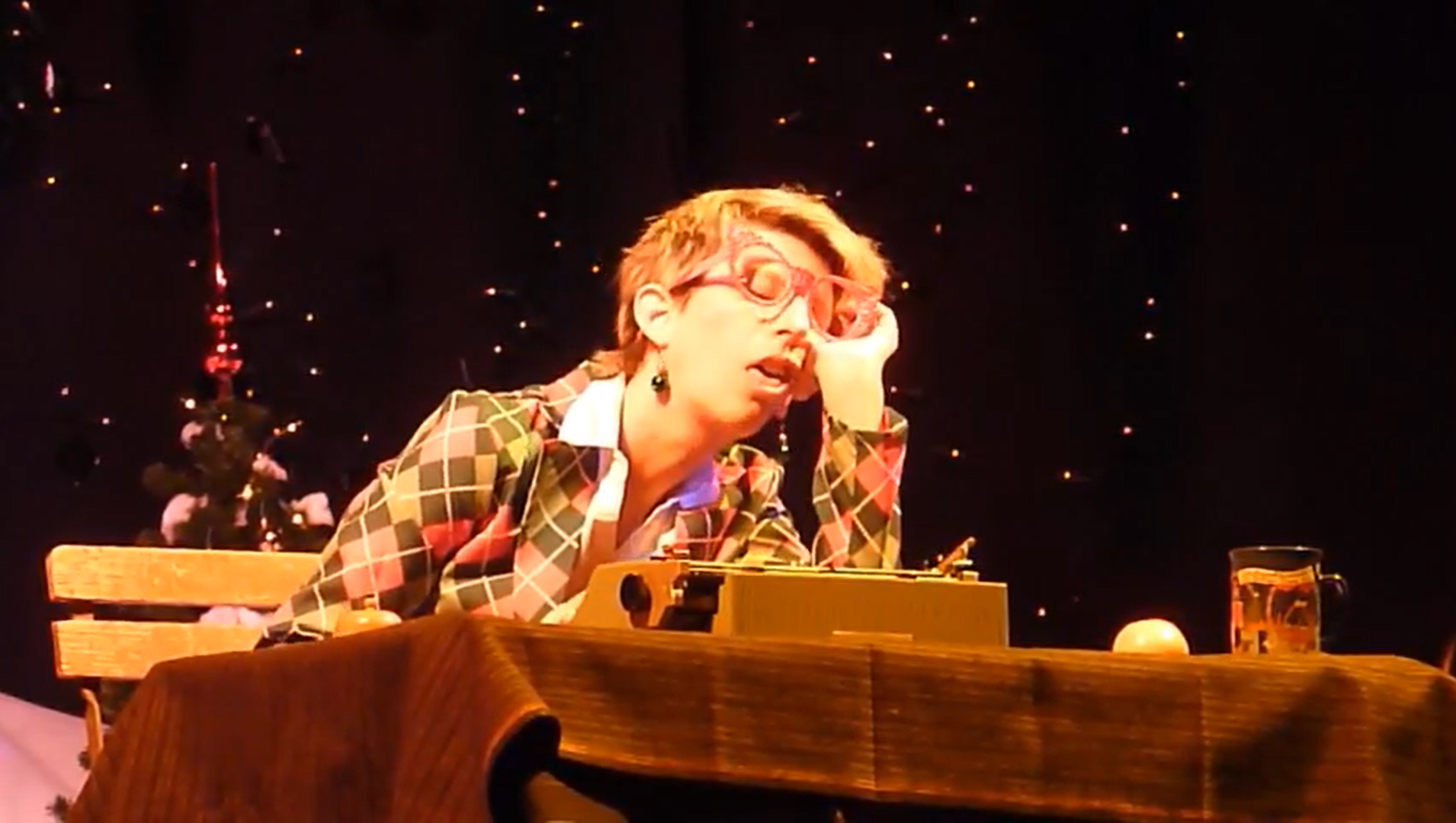 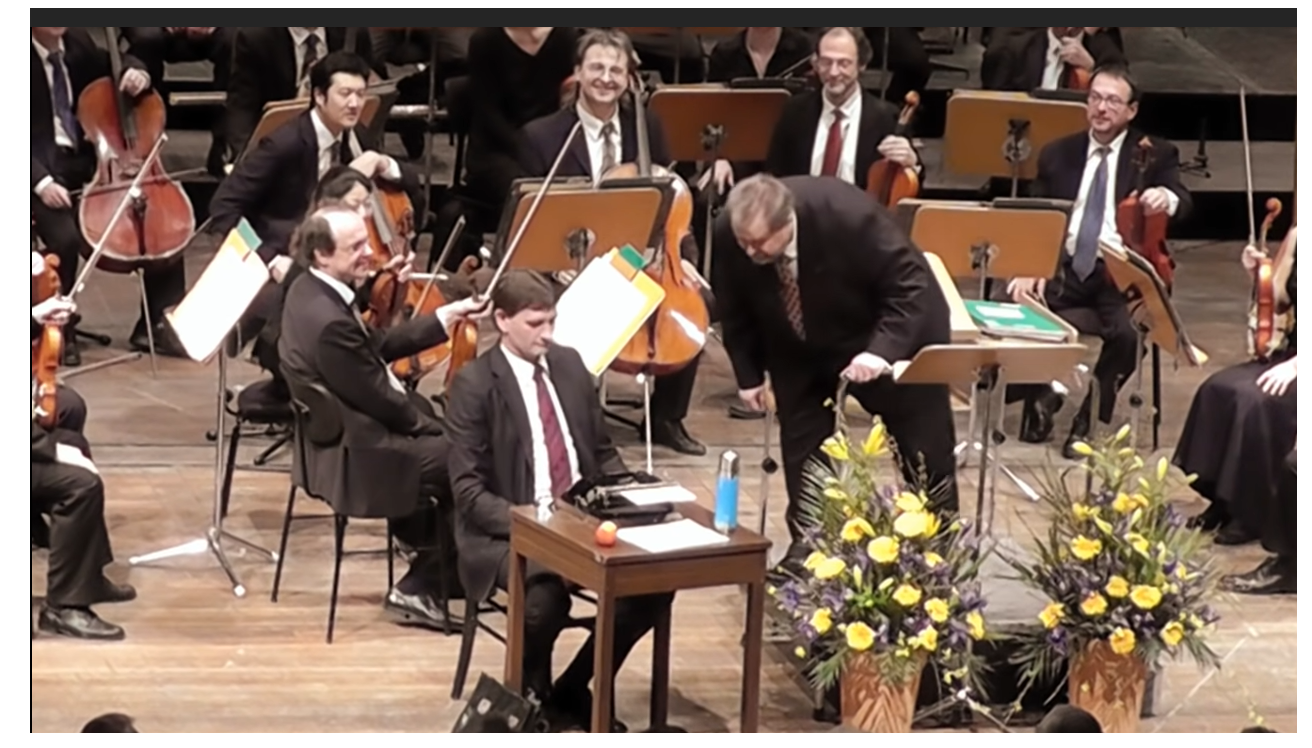 10.  "The Typewriter song" by the The Miami Symphony Orchestra, conducted by Eduardo Marturet, Ocean Drive in Vienna, Knight Concert Hall (2013): 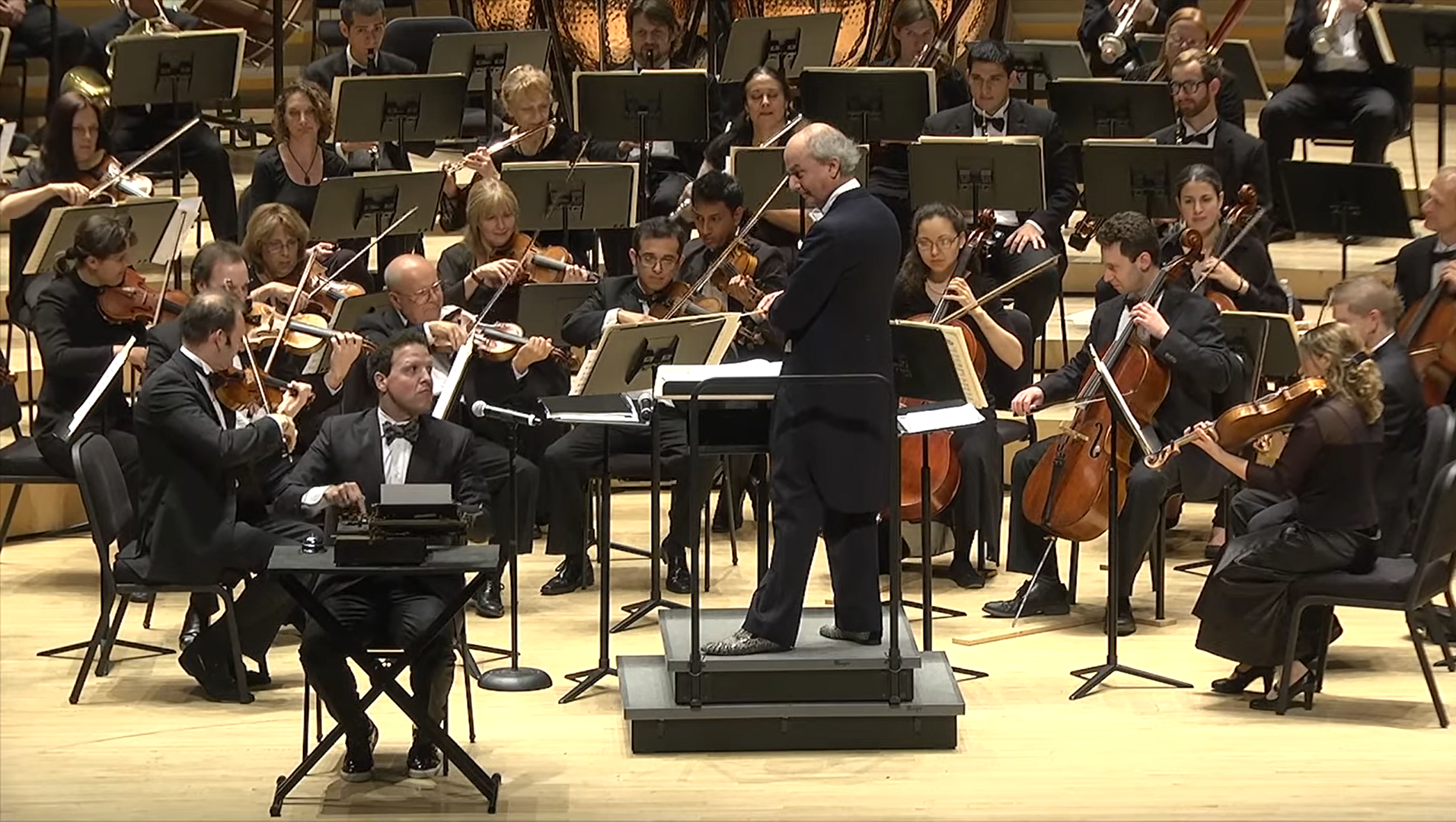 11. "The Typewriter song" by the 44th concert of the Nagano Citizen's Wind Orchestra:

12. "The Typewriter song" by "Józefina" Orchestra of the Bronisław Rutkowski Secondary Music School in Cracow, Poland (2019): 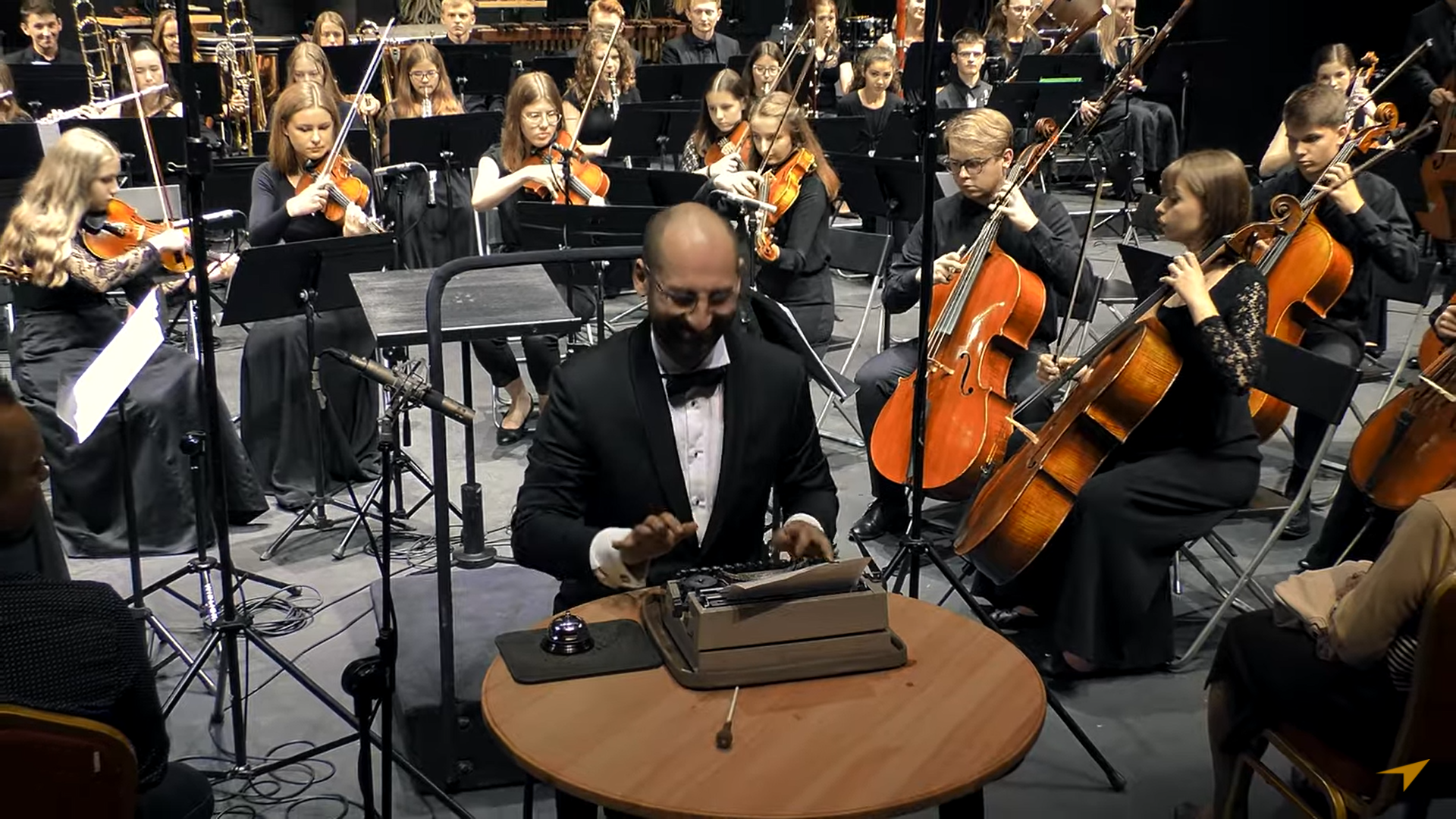 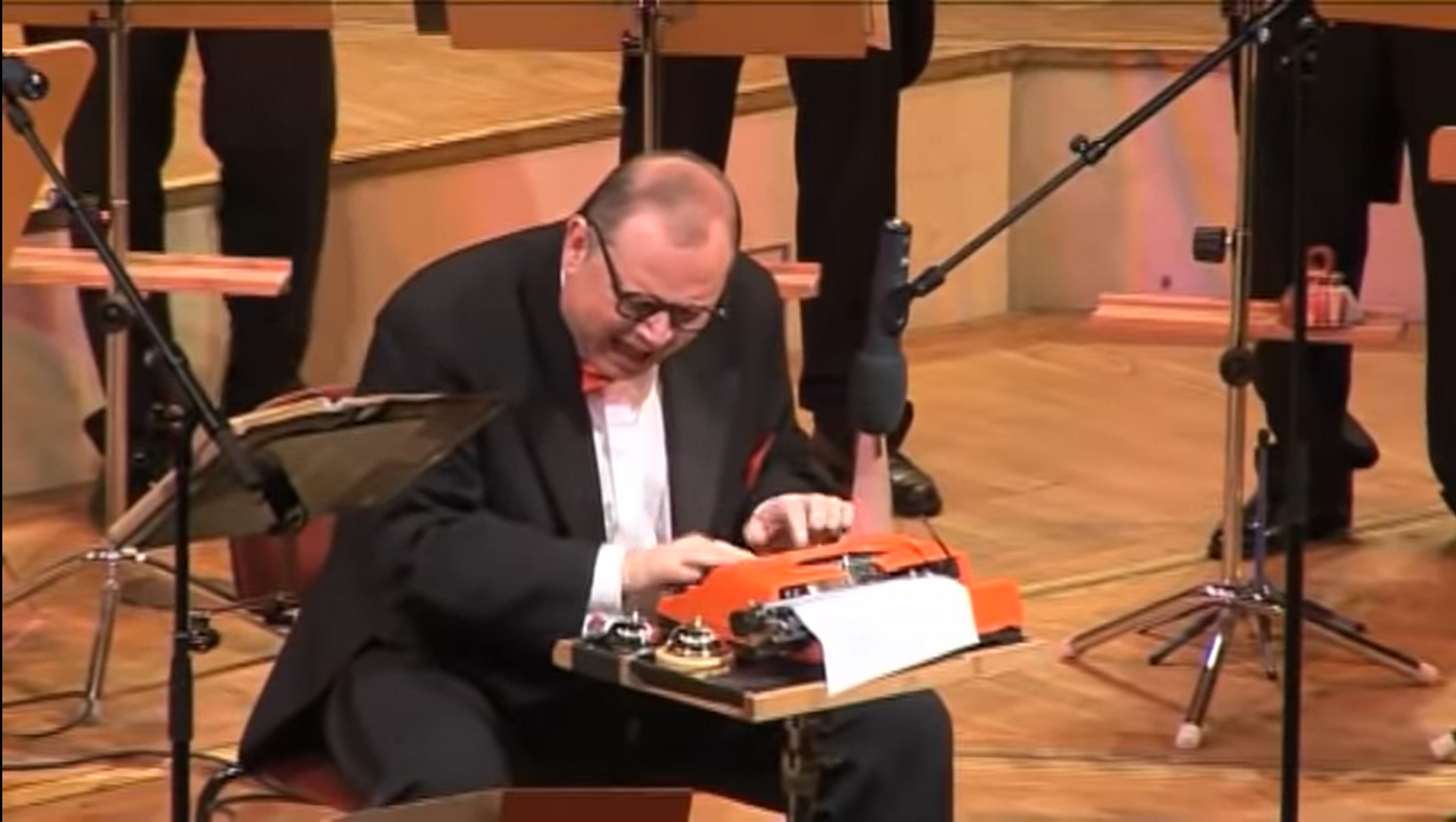 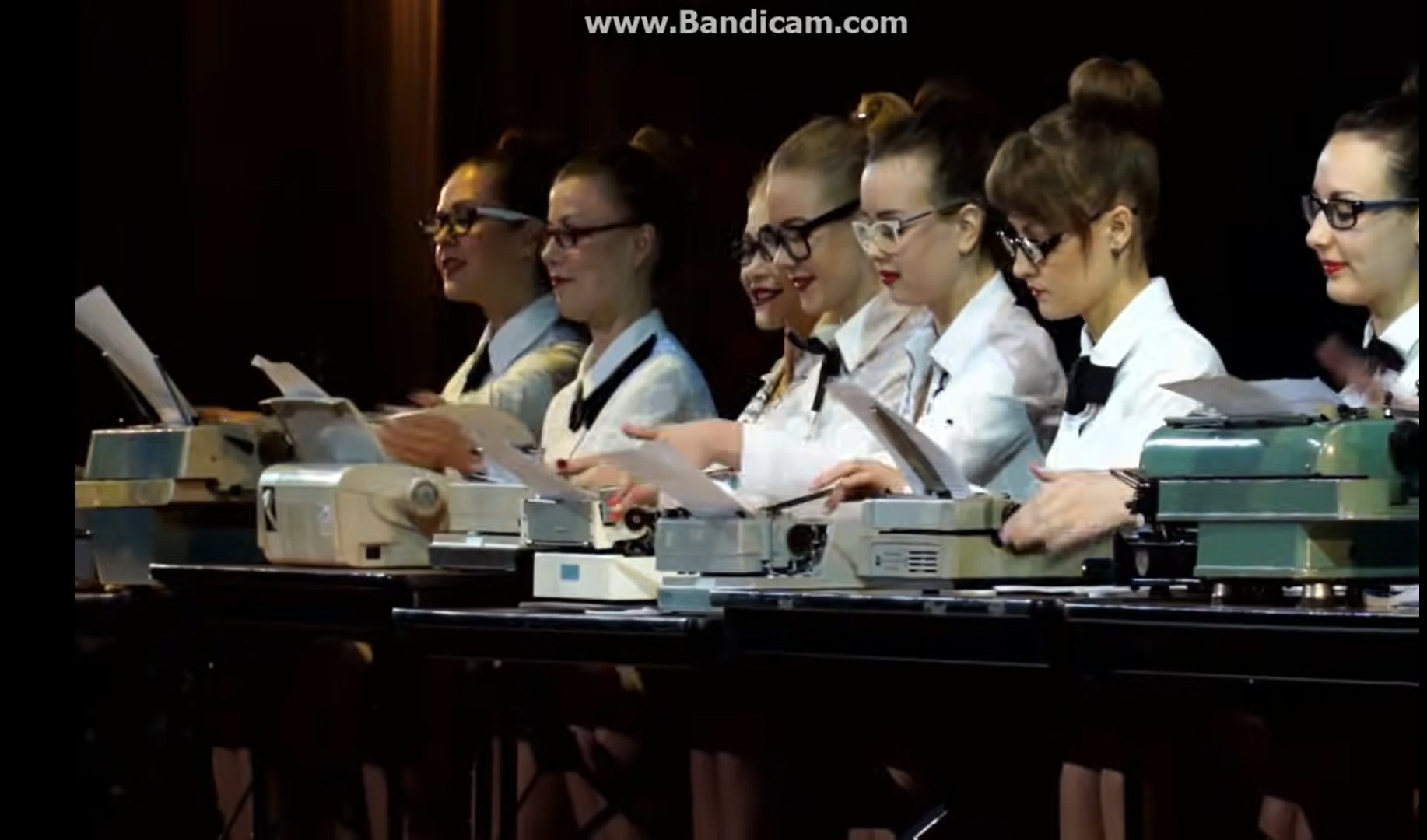 15. "The Typewriter song" by The First Film Dance Ball of the Prague Film Orchestra, conducted by George Korynta and Filip Kuchárik as the typewriter: 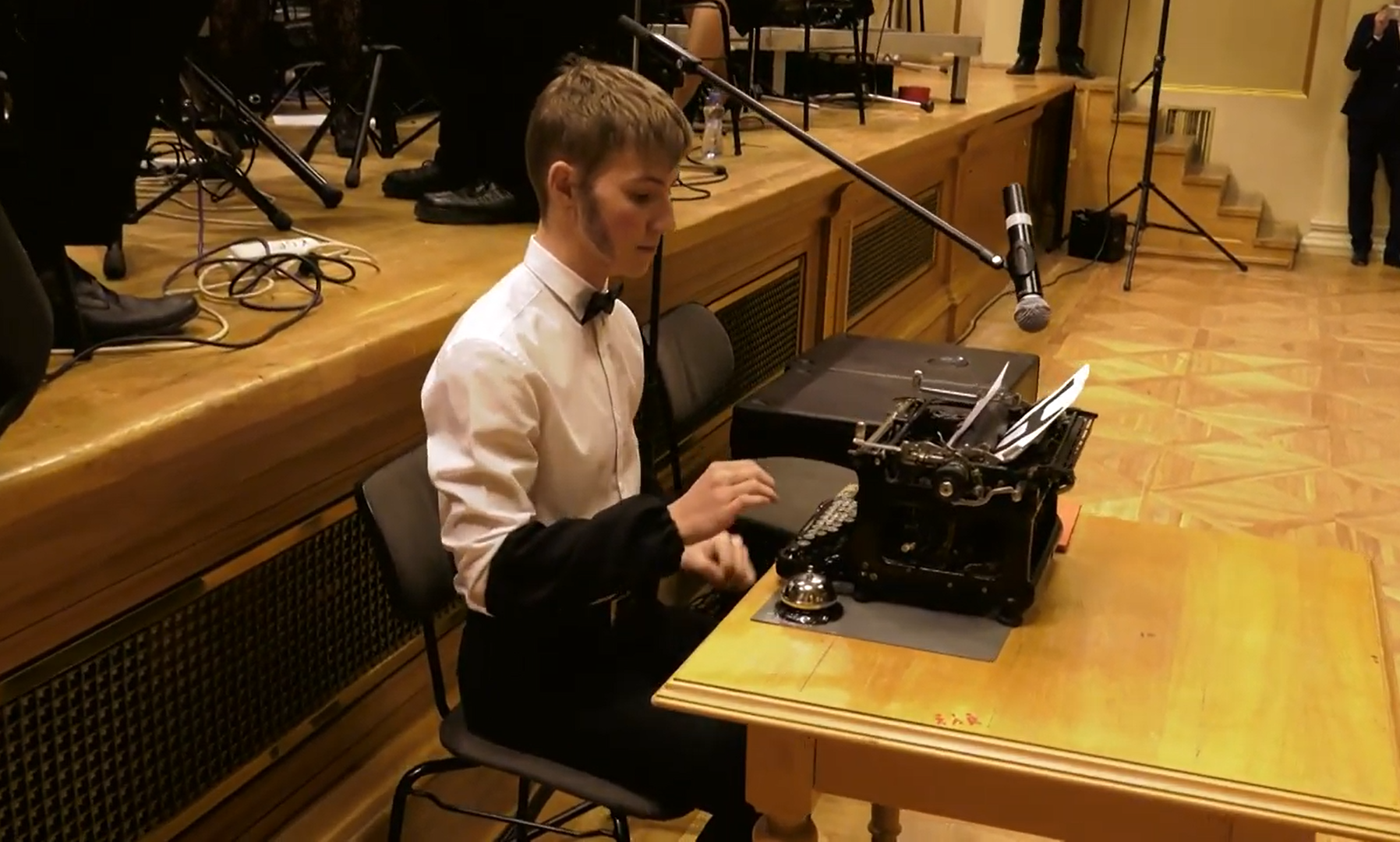 16. "The Typewriter song" by Orquestra Moderna, conducted by Leonard Evers: 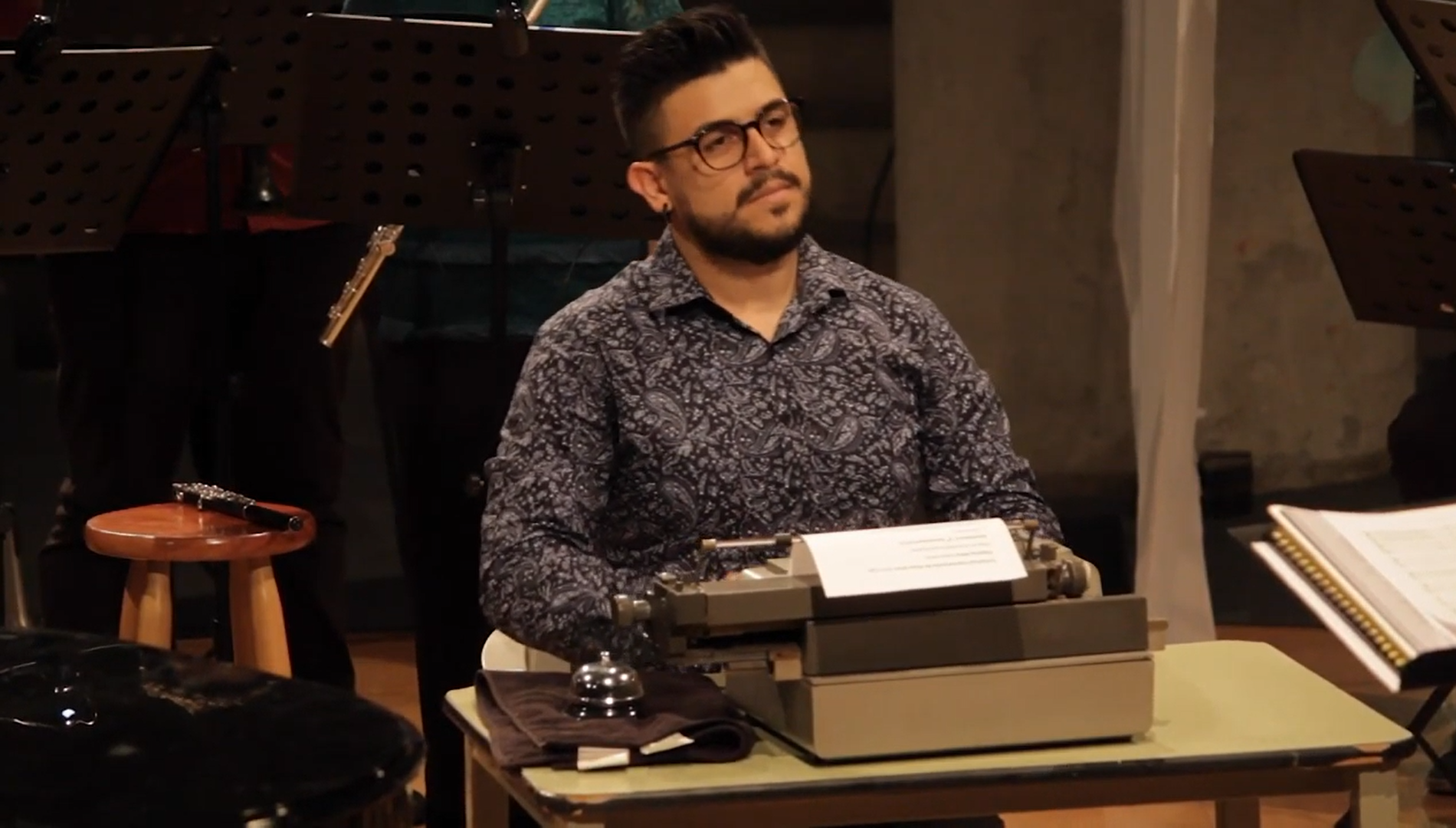 17. "The Typewriter song" adapted to rock style by Miro Jankura (A music video about what happens when your PC is broken and you have existential homework for tomorrow): 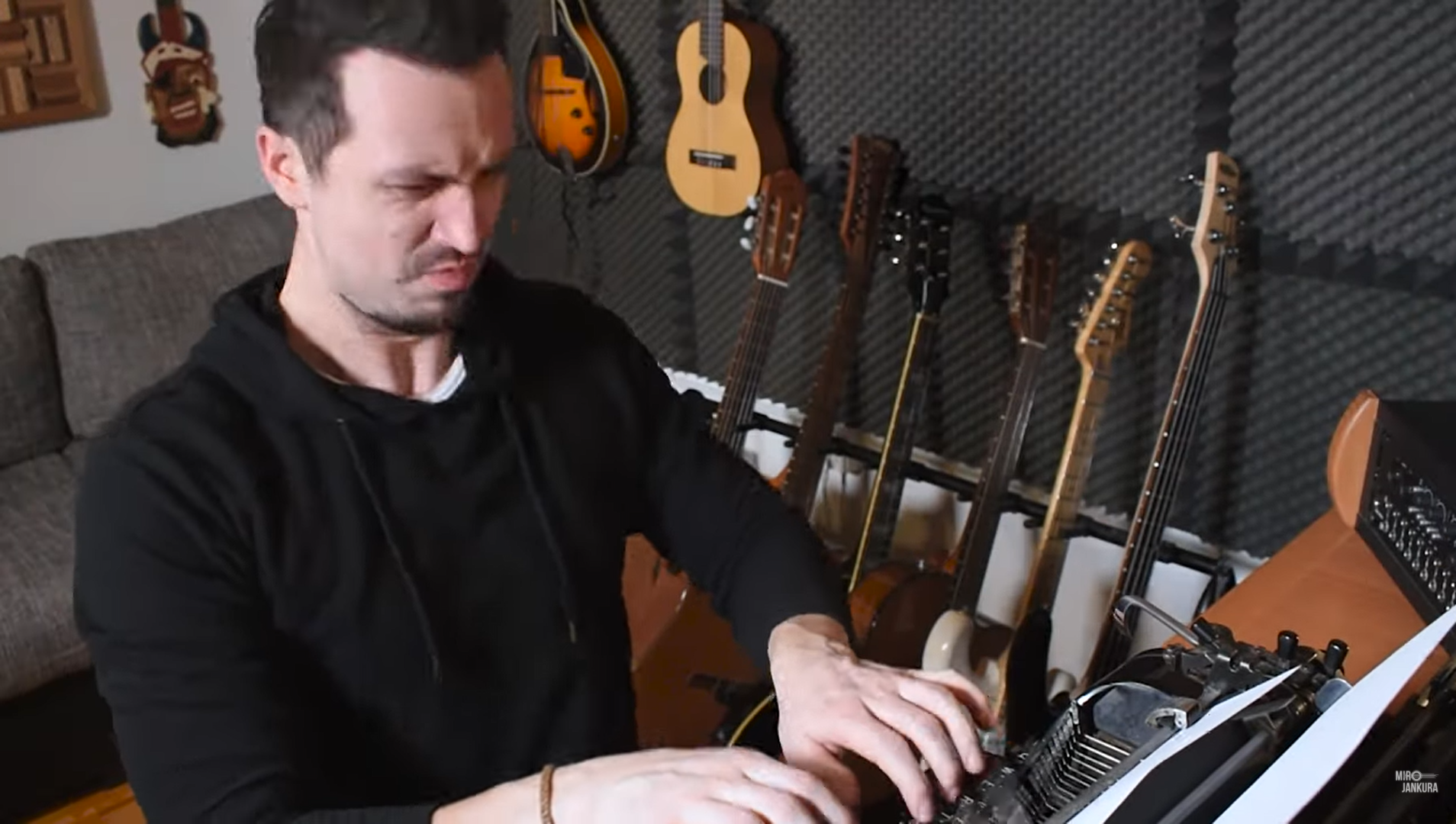 Other amazing and funny videos related to typewriters:

18. "The Typewriter song" in the 9 to 5 (1980) movie trailer, says another story of the typewriters (overworked, underpaid and pushed to the edge by an ungrateful boss): 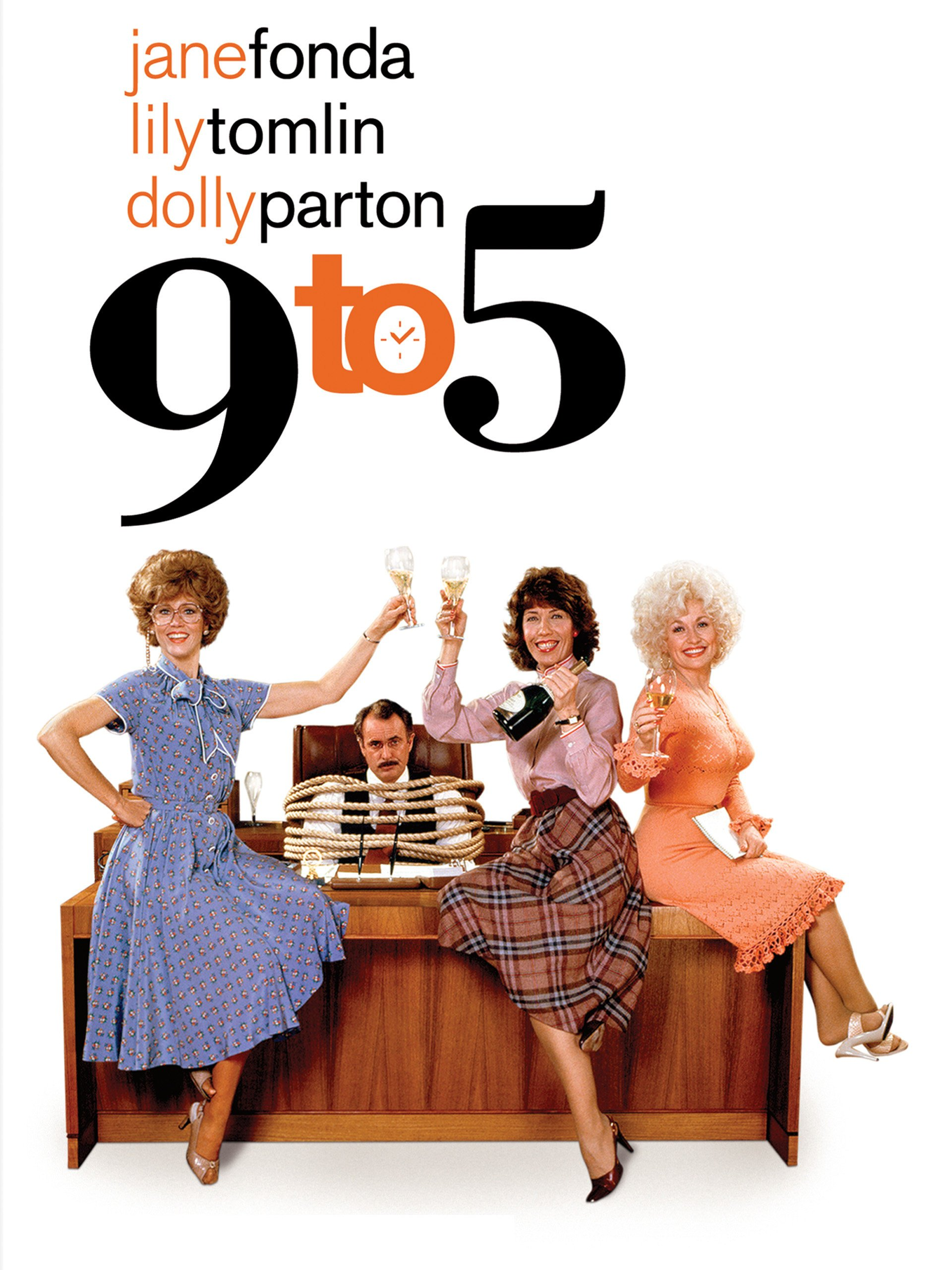 19. Typewriting Speed Contest (1938), British Pathé (the winning of the competition was a passport to good jobs in government offices, interesting historic video): 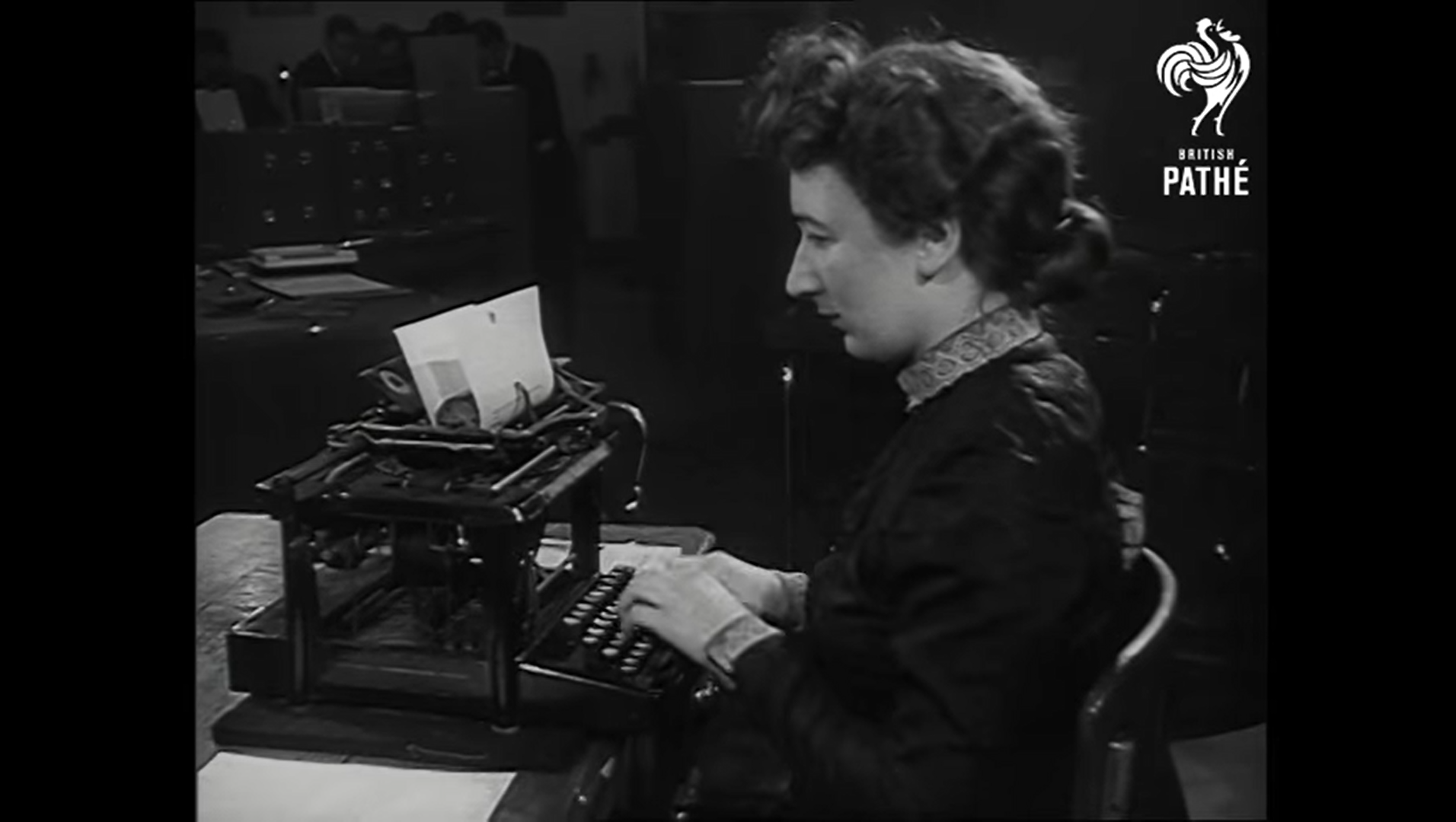 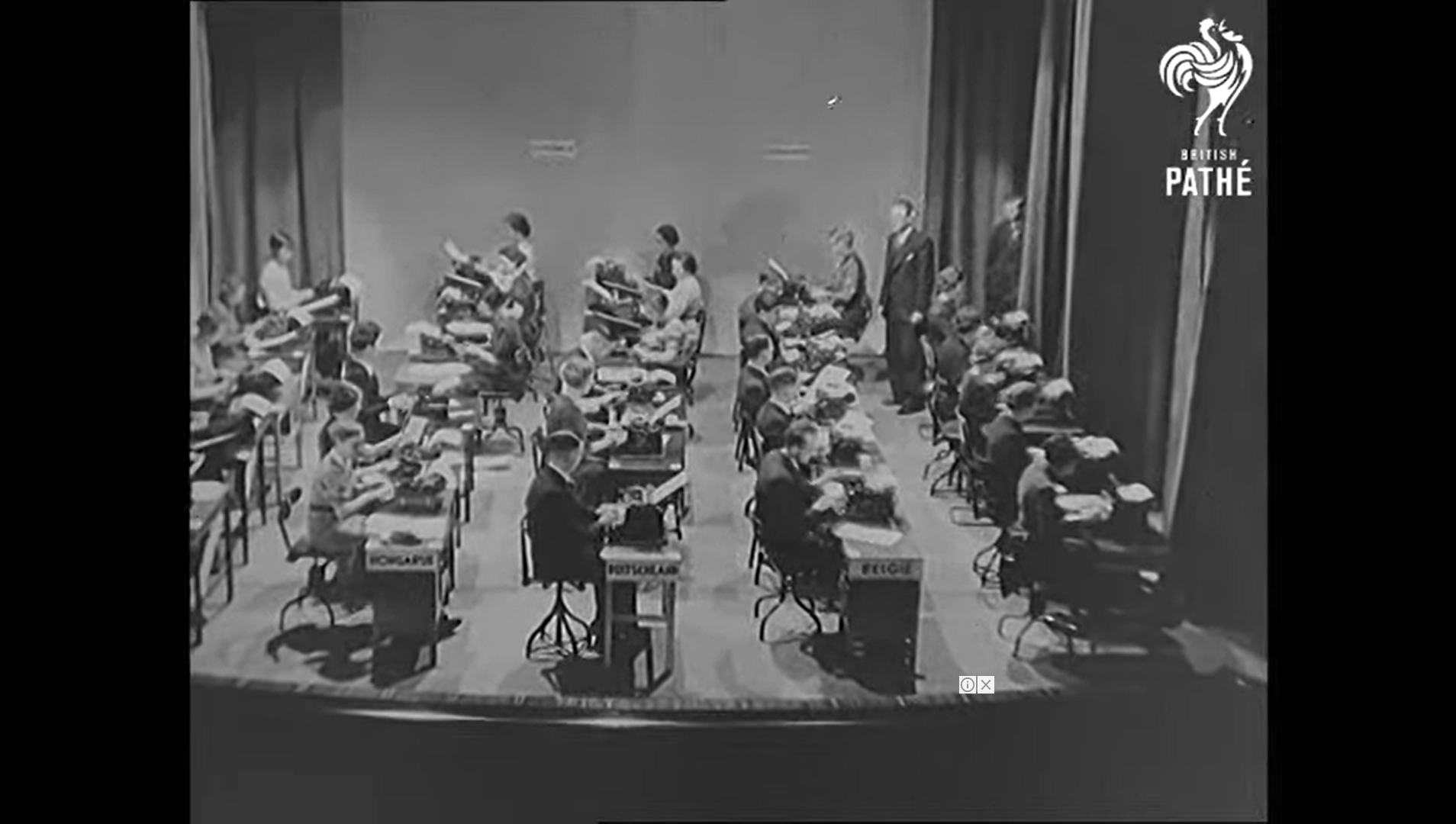 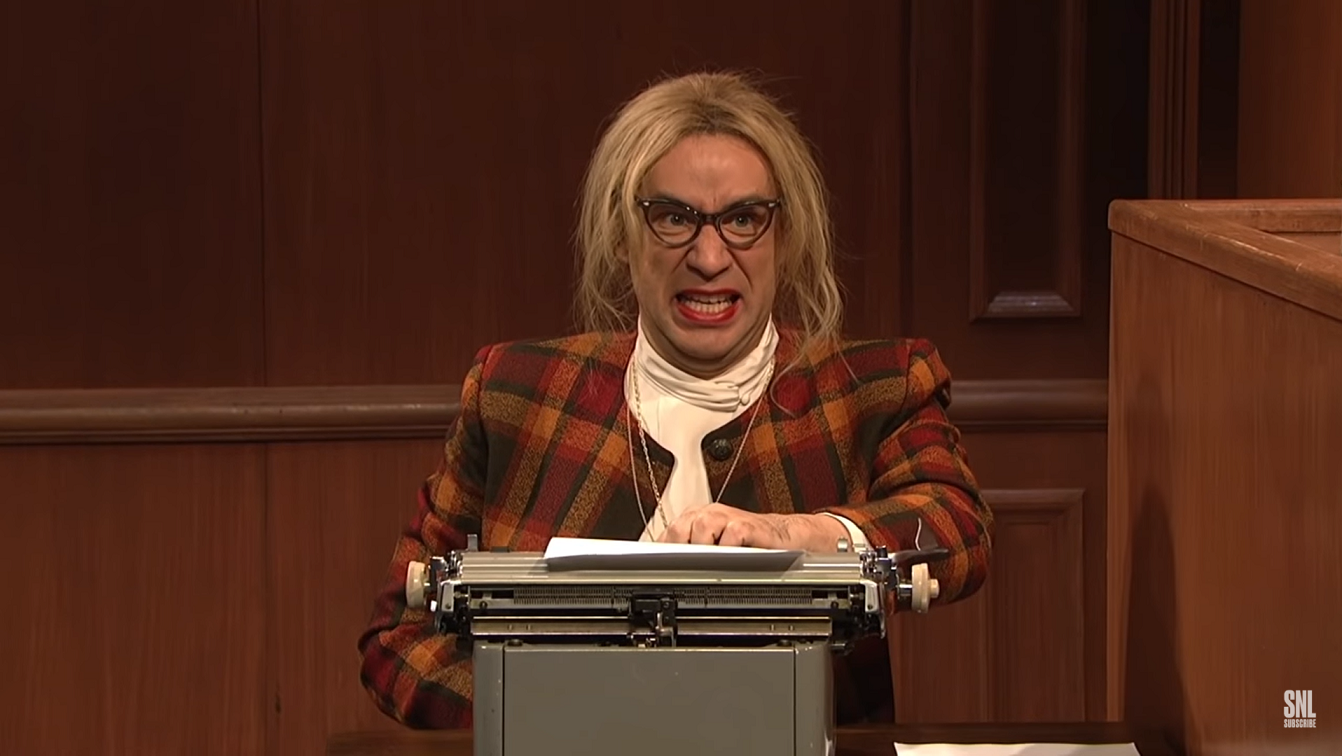 22. Typewriter in the Library Prank! 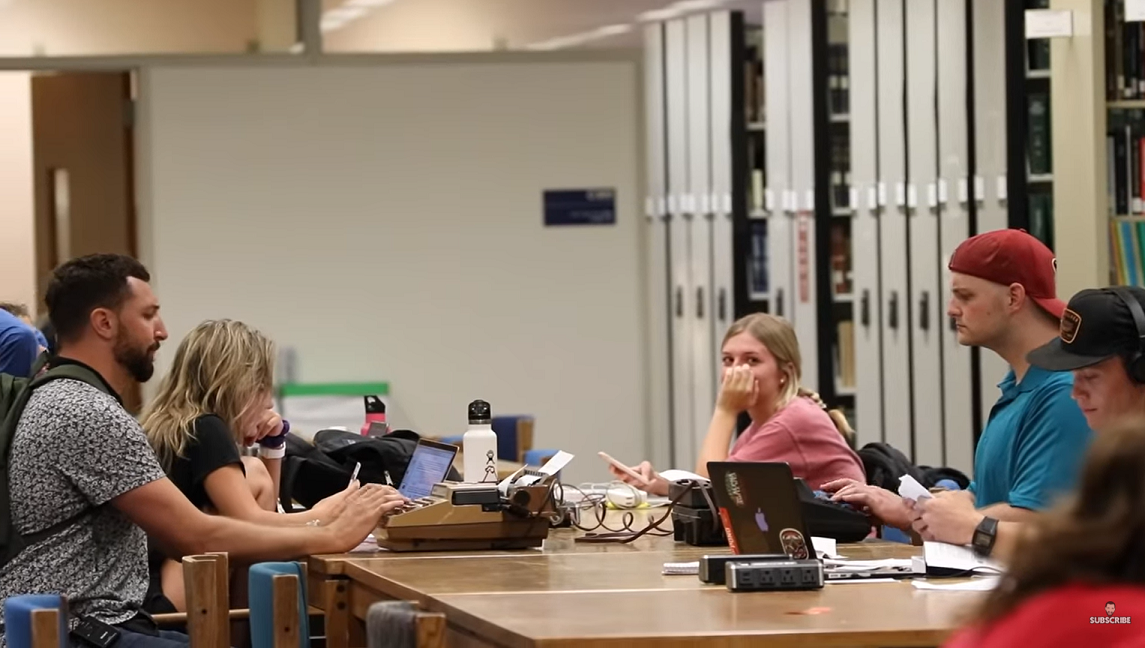 All the above videos are having something in common, besides featuring a typewriter machine, they all contain interpretations of the workplaces which involves writing. For example, the typewriters and the orchestras are interacting in the same manner as a secretary would interact with the boss, but adding different meanings to the story. In other cases, the writing process belongs more to a writer confronted by the lack of inspiration or even the stress of writing a homework.

The typewriter has long been a representative tool for stenographers, journalists, writers, secretaries, lawyers and others in similar jobs and it remains a representation for those who type on the keyboard too. The typewriter changed the world, and its representation in culture will prevail. It is clear, watching the numerous interpretations, that the typewriter as an object is a constant source of inspiration, hiding so many meanings ready to be interpreted by the society.

Sense of humor is a blessing and laughter is reducing stress, therefore, it is highly recommended to make use of its effects at stressful workplaces. Releasing stress can increase work performance and starting the day in a good mood will make all the daily tasks more bearable. Laughter improves cardiac health, improves vascular functions, lowers blood pressure by releasing endorphins which fight stress hormones and so on... (click here for more) Talking with clients with a confident, positive, calm attitude is a sign of a healthy business environment and strengthens collaborations even more. Laughing with colleagues at a cup of coffee, during short breaks, not just that improves social interactions within teams, but also makes many workplaces more likable.

In this direction, for me it is like discovering gold mines in funny people (and there are so many kinds of humor), in funny articles and videos (I must mention that in this case I make clear distinctions between funny and silly or stupid). It only remains to discover sources of humor, which fits your taste and type, and use these sources to make yourself and others happier, to improve your mood when feeling low or when you need to keep a positive / productive attitude at work.

Its like in Donald O'Connor's Make 'Em Laugh song... 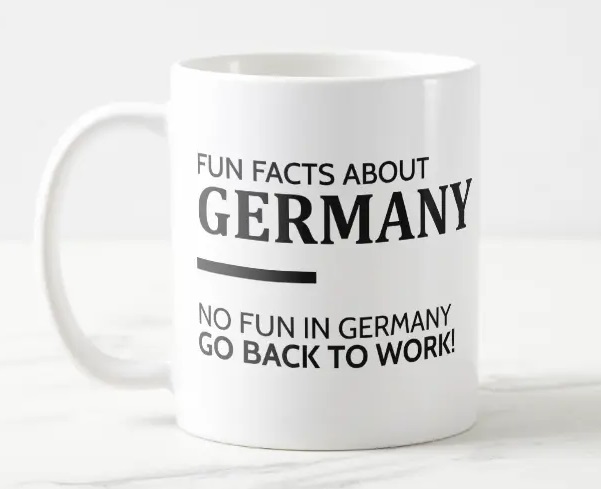 Sense of humor is a blessing and laughter is reducing stress, therefore, it is highly recommended to make use of its effects at stressful workplaces. 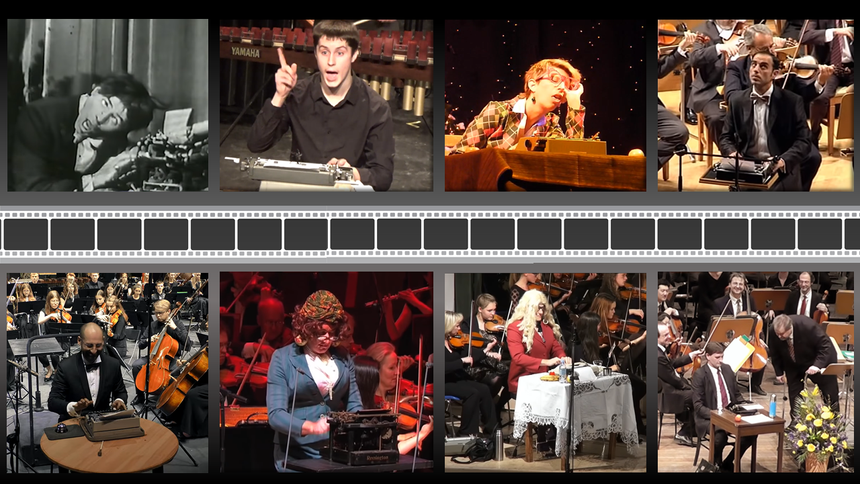